The Tower of London is one of London’s top tourist destinations, attracting visitors from all over the world. Officially called Her Majesty’s Royal Palace and Fortress of the Tower of London, it sits on the banks of the Thames, is known for the Crown Jewels and its fascinating if bloody history. Read on to learn more about one of the world’s most famous buildings.

History of the Tower of London

The tower has three “wards” or enclosures, to give it a strategic defensive upper hand, each reflecting its history. The White Tower, a fortified tower serving what is the most central and oldest part of the building, was built by William the Conqueror and seen as a symbol of the new Norman rule over England. Richard the Lionheart, who ruled from 1189 till 1199, also oversaw the construction of the next ‘inner’ ward, doubling the castle’s size, but modifications took place throughout the next several hundred years. The outer ward was built under Edward I, who ruled from 1272 to 1307. In the Medieval, Tudor, Stuart, and Victorian eras various changes were made. You can watch a royal family documentary to learn more about the royal families of Britain.

The tower has been the location of various sieges, particularly in the early and medieval periods, as it was considered of significant value, both strategically and symbolically. During World War Two, bombs landed on the tower, causing damage to several buildings, although it was eventually restored. Over time, there was less use of the tower for military and palatial purposes, although there is a detachment from the Queen’s guard, the Yeomen Warders (popularly known as Beefeaters), which engage in the daily Ceremony of the Keys where the tower is locked for the night. In addition, there are the regimental headquarters of the Royal Regiment of Fusiliers.

The Tower of London has gone through various roles and, as history progressed, it became less of a palace and more of an armoury, and eventually a rather notorious prison.  Anne Boleyn, the wife of Henry VIII. was executed here, while explorer Walter Raleigh and his family were kept here. Among its last prisoners were the Kray twins.

At the heart of the tourist hotspot that is the Tower of London are the world-famous Crown Jewels. They are a symbol of 800 years of monarchy and consist of various valuable ceremonial objects from the Kings and Queens of the United Kingdom and are typically used in coronation events.  They consist of the most complete set of regalia and include the only working set in Europe. Consisting of 142 objects, they include crowns, swords, trumpets, maces, plates, and scepters, to name a few. The regalia here have had different roles in royal procedures and have been used by monarchs for hundreds of years; one object, a ceremonial spoon, dates back to the 12th century. These items cannot be sold, are to be passed on to each next monarch, and are officially priceless.

Visit the Tower of London

Tourism to the tower started during the Elizabethan era and became increasingly popular in the 19th century. The Crown Jewels are a major attraction, kept on display for people to see these prestigious objects. In addition, visitors can see the infamous ravens that are kept on-site, as there is a rumor that if the ravens leave the tower, then the kingdom will fall. Visitors can also watch the Ceremony of the Keys, one of the most famous military exercises in the world. And, of course, you can enjoy the historical architecture which reflects the history of Britain.

The Importance of Safe Driving as a Motorcyclist

Things You Should Definitely Do in Bangalore

Six Steps To Keeping Your Car Healthy In Winter 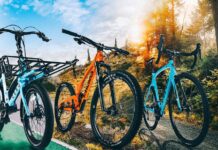