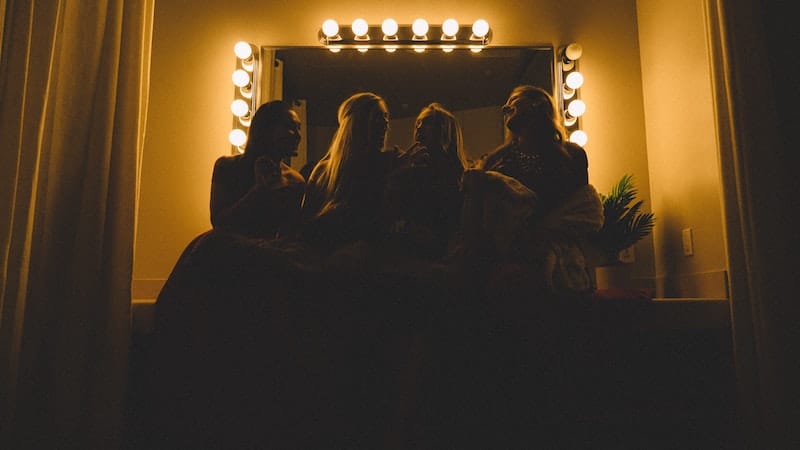 A casino night is perhaps one of the best times in which individuals, both male, and female, are able to get dressed up and enjoy themselves in the classiest of ways.

Of course, there is perhaps a stereotypical viewpoint about what should be worn when visiting and experiencing such an establishment, with a number of scenes in Hollywood blockbuster movies and TV Shows all depicting those who attend casino rooms being dressed in the most glamorous and glitzy of ways.

In fact, there are many establishments that exist around the world that do not typically have a strict dress code that involves the classiest outfits, although it is worth checking out the rules that are set out, as there will be some dos and don’ts that will need to be followed. Aside from checking out the dress code, it is also wise to check out the casino games guides available prior to attending, as this could give the user the best possible chance of having an even better night.

Dress codes that could be applied

There are a number of different dress codes that can be followed and applied at casinos throughout the world, which is why it is incredibly important to take a look at what rules and guidelines the establishment has set out for those who wish to attend a night out at the venue.

The dress codes that could be adopted can include things such as “White Tie”, “Black Tie” (and optional), “Semi-Formal”, “Business Formal”, “Business Casual” and “Casual”. As can be seen, there is a range of different options available, which can make it rather difficult to know what needs to be worn when heading for a night on the town, but the next couple of sections should help to highlight the acceptable pieces of clothing for each style.

What should men wear at a casino night?

With a wide range of different dress codes possible, men will have a number of decisions that they will need to make in order to fit in with the theme that has been set.

Those that decide to attend a “White Tie” event will need to take inspiration from the various casino movies that have been produced, such as the James Bond classics, as they will need to kit themselves out with a Tuxedo. It should be noted that these events are a little infrequent these days, whilst they are usually only reserved for the biggest of nights, as well.

A “Black Tie” will typically require a male to be wearing a suit that consists of a dinner jacket and trousers, whilst also donning a tie and a pair of leather shoes. Still incredibly formal, although these events are also a little rarer and are typically for those who access the VIP areas.

“Semi-Formal” should still see men be dressed in a suit, but they do not need to be as formal as they would in the previous two categories. This can also be classed as “Business formal”, therefore it is easy to combine the two together and wear the same outfit for each of these codes.

“Business Casual” is perhaps the most common of attires that can be worn for a male, as they will be able to wear a sports jacket with a shirt and some nice trousers that are perhaps not too formal. On their feet, they can also wear a range of different fashionable shoes, such as loafers, brogues, or boating shoes.

“Casual” is as the name suggests, but men should look to avoid wearing sports tops and joggers or sweatpants. A rule of thumb for this dress code is to dress as if you were going on a first date, which a casino night could well be.

What should females wear?

So, for the ladies that like to enjoy a casino night, they will be able to glam themselves up as much as they like, with many opting to go for a look that provides them with a blend of class, glitz, and glamour, whilst also looking like the biggest prize on offer.

“White Tie” events will typically require them to wear a floor-length gown with elegant jeweler and glamorous high heels, as well as having accessories such as a small purse. “Black Tie” events will see the same dress code with slight differences, such as a cocktail dress being acceptable or a well-cut pantsuit. It is important not to be too trendy here, though, with a less-is-more mentality appropriate to the outfit.

“Semiformal” can see women looking to go to the trendy elements of their wardrobe, whilst also being able to use the little black dress that each female will have. Here they can complement their outfit with accessories and fashionable women’s shoes such as heels, flats, and other various footwear.

“Business formal” is the kind of clothing that would be worn in a typical office environment, such as pencil skirts or blouses, whilst “business casual” will relatively be the same, but with trousers acceptable. Again, “casual” will generally mean anything that can be deemed acceptable out and about, such as skirts, dresses, and jeans. T-shirts can be worn, but it is important to check the guidelines set by the casino first as some will not allow them.

How to Stop Impulsive Teenage Behavior

Take a Relaxing Break From Your Next Project

Buying a Rolex in Singapore

What to Keep in Mind When Filing for a Hairdressing Claim

The Fun Never Stops: Importance of Getting Into a Hobby this Pandemic