Hit and run auto accidents are a major problem in the US. Nothing feels worse than being involved in an accident only for the driver to drive away. If you’ve been involved in a hit and run situation there’s a right way and a wrong way to react. below in this article, we will cover What to Do in a Hit and Run Situation When the Driver Drives Off.

If you’ve just been rear-ended by a driver, the natural reaction is to follow the driver to bring them to justice. Don’t let your anger get the better of you, though.

First of all, following the driver could be dangerous as you may be forced to break the law in order to catch up with them. Secondly, confrontation could lead to further injury and even death. Road rage deaths are incredibly common, and you don’t want to make a bad situation a worse one.

Try to Take Photos of the Driver’s Car

If the driver has come to a stop, try to get a photo of their car, or at least take down the license plate, assuming you’re not injured and are able to.

This could be crucial. For example, the police department in Los Angeles only managed to solve 8% of hit and run crashes last year. Getting the license plate could be your only chance of bringing the driver to justice.

Hit and run crash currently make up between 11% and 12% of all accidents, so quick action could be crucial.

This should be paired with a call to the emergency services. You’ll want the police to take down details so they can launch their investigation into the incident.

Make sure you obtain a copy of the police report.

Get Checked Out by a Physician

You could still be entitled to some compensation, even if the driver is never caught. However, you’ll need to go through the proper channels.

Immediately after being involved in an accident, you should get checked out by a physician. This applies even if you feel okay and the crash was relatively minor.

You’ll also need to provide some form of the medical report to support your pursuit of justice.

It’s always better to be safe than sorry, even if you feel fine!

Compensation can be sought after in a hit and run scenario. However, you need to make sure that you take action as soon as possible.

The firm Davis, Saperstein & Salomon P.C.: A New Jersey personal injury lawyer regularly takes on such cases where innocent drivers have fallen victim to the thoughtless actions of a hit and run driver.

Reputable car accident attorneys will not only be able to get the financial compensation you need but they’ll also give your case the care and attention you deserve. You’ll be treated like a valued client, rather than another number.

Calling an attorney will enable you to concentrate on getting better and recovering from the mental and physical scars caused by what happened. 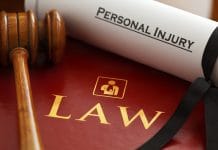 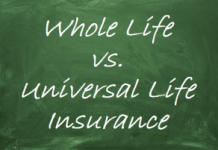 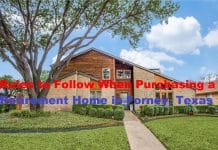 Are you a victim of speeding accident in Arkansas? Know your laws