Cigarette smoking is detrimental to everyone’s health. This has often been the campaign of health organizations around the world to discourage individuals from smoking. They outline all the harmful effects, from staining teeth to succumbing to throat and lung cancer. We provide below this article, Vaping The Better Alternative to Smoking and Here’s why.

As there are many reasons why people turn to smoke cigarettes, it can be difficult to stop once they become addicted. This is why vaping was introduced to make the withdrawal process more manageable. But there is a lingering question on whether vaping good for your health.

One of the things that make cigarette smokers to turn to vape is that it’s safer than smoking. The Royal College of Physicians, an organization comprised of more than 35,000 doctors from around the world, has given a statement that their research concluded vaping as 95% safer than traditional tobacco smoking. This can be credited to the removal of tar and combustion, both of which were associated with conventional cigarettes. Through vaping, harmful effects attributed to tobacco smoke are managed and even prevented.

Due to the noxious odors smoking emits, government agencies have designated smoking areas in public places. Those who have the urge to smoke need to find these areas before they can light up their cigarettes. With vaping, such an inconvenience has been dealt with. The awful smell that often sends other people scampering away is not found in e-cigarettes. What’s left are the lovely aromas coming from the various flavors used during vaping. Many vapers attest to the pleasant smell that emanates from nkd e juice flavors, which does not result in people staying away whenever somebody is vaping nearby.

Removes the Toxic Effects of Nicotine

Aside from getting rid of noxious odors through the aroma given off by e-fluids like nkd e juice flavors, vaping also releases the body from its dependence on nicotine. There are different types of e-juices. Users can choose from high-strength nicotine juices, which resemble the nicotine content of traditional tobacco cigarettes or go for the nicotine-free ones. Smokers often go through gradual withdrawal from nicotine. They initially use e-juices with high-strength nicotine until they reach the point that they have adjusted to using nicotine-free e-juices.

One thing that tobacco smoking lack is the ability to exhale a cloud of vapor that vapers often play with. Smoking is not the same as vaping since users can control the amount of vapor they exhale. Those who wish to stay low-key can opt for pod vapes. These were designed to emit low vapor and for sheer convenience. On the other hand, those who prefer to vape and “chase clouds” can go for high-powered mods.

To answer the question of whether vaping is the better alternative would ultimately rebound to the purpose and preference of a smoker. If the objective is to withdraw from smoking and eventually be free from nicotine-dependence, then vaping may be a good option. After all, specific health organizations have shown that vaping gets rid of the dire health effects associated with smoking. 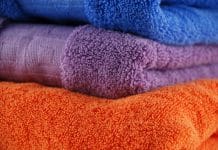 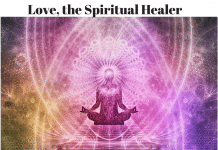 Get to Know the Adorable Pembroke Welsh Corgi Puppies 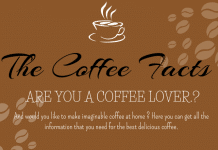 Best Canva Alternatives Free for Android – Download And Use On...