Quadcopter, which is sometimes referred to as quadrotor helicopter or drone usually lift by four propellers and rotors. In this article, we will discuss the types of propellers and their properties. This information will help you when you are going to buy a new propeller for your quadcopter. Things To Know About Drone Propellers.

The propeller is like a fan of your drone that helps him lift in the air. Actually, they provide your drone torque and thrust that helps it in flying and manoeuvring. You have seen that helicopter has a propeller that helps him flying and manoeuvring. The drone works on the same phenomenon but it uses four propellers that help him stay stable in the air. This stability is important especially when you are using your drone for taking photos and videos. If your drone is not stable then you will not be able to shoot perfectly in the air. The propellers produce thrust which is the force generated upwards and usually measure in pounds or grams. The force of thrust produces by the propellers must be equal to the drone weight to keep it at hover or flying. The are several drones that are less than 250 grams or more than 250 grams.

The thrust to weight ratio (TWR) is used to indicate the upward thrust generated by the drone. It is advised to keep TWR ratio at least 2. Moreover, there are many videos available on the internet that can provide you with enough information about TWR and the functioning of the propellers. There are certain types of propellers and each one of them can generate different types of thrust. The propeller designed to spin clockwise or counter-clockwise.

Normally, these blades make less noise and vibration. Moreover, they consume less fuel than any other type of propeller. But the main con is that the propellers performance is very poor and cost more than fixed propellers. Things To Know About Drone Propellers.

Pitch is one of the things you need to know about the propellers. Actually, the pitch of a propeller is the measurement of how far a drone can move in a single rotation of the motor. The higher value of the pitch means faster your drone will be. If you want to change the performance of your drone, you can do it easily by changing the value of the pitch. Moreover, the angle of the propellers also has an influence on the lift of the drone. A cheap drone has low-pitch value, that is why the performance is very poor.

Actually, the drone fly in the air by generating thrust. The propellers do it by moving and spinning the air around them. If your propellers spin faster, then they can generate more lift. If you want to increase your drone’s performance, you can do it by increasing the pitch of the propeller. Things To Know About Drone Propellers.

Size of The Propeller 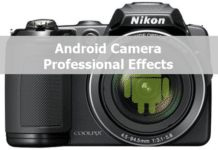 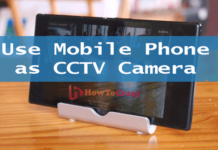