If you’re following more than a couple hundred people (and you are, right?), it can become virtually impossible to keep track of the content you want to see. Enter Twitter Lists, which allow you to create custom feeds of groups like influencers, customers, leads, or prospects—so you can engage appropriately with each important group.

For instructions for iOS or Android, visit the Twitter Help Center.

How to do it in Hootsuite:

Knowing what lists you’re on helps give you a sense of how people perceive your account and helps you find potential new contacts who have not yet followed you.

Note—you can only find out whose lists you’re on using the iOS and web interfaces. There’s no option to do so in the Android app.

Let Siri(Or Other Personal mobile Assistants) Tweet For You

If inspiration strikes, while you’re walking, driving, or in any other situation where handling your phone, isn’t an option, your device’s mobile assistant can Tweet for you, hands-free.

How to do it on iOS:

How to do it on Android:

When you’re looking for engaged Twitter users to interact with, you may want to exclude Tweets with links from your search. Why? Tweets without links indicate Twitter users are actively engaged on the network itself, rather than simply funneling traffic to other locations online. This can be particularly useful if you’re following Tweets from a Twitter chat or live event and want to avoid links that pull you away from the conversation at hand.

When typing your search term in the Twitter search box, add “-HTTP”
When you’re looking for engaged Twitter users to interact with, you may want to exclude Tweets with links from your search. Why? Tweets without links indicate Twitter users are actively engaged on the network itself, rather than simply funneling traffic to other locations online. This can be particularly useful if you’re following Tweets from a Twitter chat or live event and want to avoid links that pull you away from the conversation at hand.

Request Your Archive Of Tweets

How to get it:

You probably already know that choosing the right target audience is an important part of maximizing your Twitter ad budget, but you may not have considered the option to hide a promoted Tweet from your followers. Excluding your followers allows you to create an ad that speaks to a new audience using statements that might seem way too obvious—or even annoying—to your existing fans, or to create an offer that’s most appropriate for people who have never interacted with your brand before.

[insert screen cap: Follow the instructions above and create a screengrab showing the option described]

Twitter no longer counts images toward your Tweet’s character count, so you can add an image without taking space away from the text of your Tweet. And there’s no need to stick with just one—you can attach up to four images to any Tweet (excluding animated GIFs… each Tweet can only have one of those). You don’t want to go overboard and upload multiple images with every Tweet, but this can be a great idea when posting from an event, destination, or product launch, for example.

When you’re working with 280 characters, emoji can save valuable space. They’re easy to use on a mobile device, but can be a pain to access on a desktop. Fortunately, if you use a Mac, there’s a keyboard shortcut to bring up the emoji character set.

You can use search operators in combination. Check out Twitter’s full list by clicking operators on the Twitter search page. 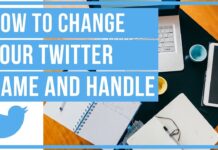 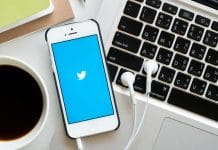 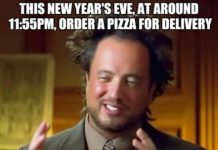 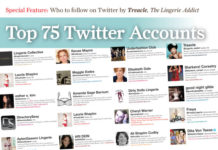 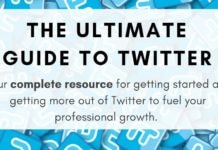 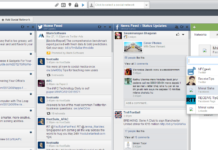