Nowadays, when we think of social games, we usually think about online games we come across every day. From multiplayer adventures to our favorite casino titles — the choices are truly endless.

But when did the social game craze commence? This type of gaming dates back all the way to the Atari era, and, over time, the way we interact and engage with others over games has significantly changed.

So, if you’re interested in taking a look at how social gaming originated and how the gaming community has changed over the years, you’re at the right place. Keep reading to find out all the details. 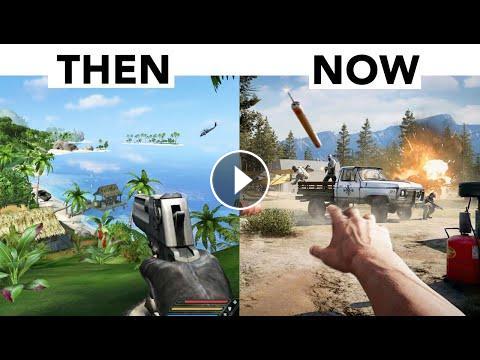 At first, social games were much different from what we can see today on apps like House of Fun: free casino slots & casino games.

The first games appeared in the 1940s, and people have been drawn to them since. However, the next important step in developing social games came two decades later, when Sega and Atari introduced arcade games to the mix. These are what we now consider to be the first social games. Arcade games were all the rage, with many restaurants, gas stations, and cafes featuring these machines as a way to attract customers. There were even arcade centers and game rooms for the most dedicated players, who would gather and play popular arcade games like Space Invaders, Pac-Man, Asteroids, Donkey Kong, and more.

The social gaming trend changed in the ‘90s, with new games like Quake. This game allowed for 16 people to play together on teams. At this time, in-game chats and clans started to appear as a part of the social gaming trend, creating all the micro-cultures that we’re familiar with today.

Shortly after, players experienced gaming tournaments for the first time, introducing a different dimension to social gaming. With the appearance of EverQuest in the late ‘90s, thousands of players could suddenly play together. This allowed numerous gamers worldwide to communicate together and create massive chat channels important for the further development of social gaming.

We mustn’t forget that other forms of social gaming, like online casino games, started being developed at the time as well. So, slots and other games found their audience, too. That’s why we have access to many great online social casino games today, like Poker Heat.

Thanks to the internet, social gaming can take place everywhere nowadays. Not only do players have access to hundreds of games online, but various new forms of gaming keep on emerging.

Similarly, many social networks have come out with their own games to attract more users and connect them among themselves. So, you’ll see games like FarmVille, Mafia Wars, and more, whose popularity has been on the rise among many online social gamers.

Let’s not forget to mention the other side of social gaming in the 21st century, like gaming tournaments and online competitions. These are also significant, as they gather the top players and newbies from all over the globe and take social gaming to another level.

Tips To Become A Pro At Stardust Online Casino

Your Guide to Slot Machines

NFT Games Where You Can Earn Money Just by Playing Them

How to choose the best aaa game development company?

How to Send a Mass Messages on LinkedIn

What Is an Accident Lawyer?

How to Create OTT Ads