As part of our Series of Articles about Android Performance Tweaks, today we are coming up with this article, ‘Right way to Uninstall Apps on Android Devices‘

Android Smartphones has a tendency to work slow after a certain period of time. But that is not all because of the age of the hardware of your phone. One of the major reasons is the presence of unwanted apps and the amount of space they occupy in your memory and processor.

If you observe any of the following issues with your phone, it is the time you sit down and do some tweaking by removing unwanted apps or upgrading them to newer versions.

Many times you think that your phone is old enough for you to buy another new and expensive Smartphone. But, you do not need to buy a new phone in all the cases. There is a way to make your old smartphone perform better. So the best way to tweak your Android phone is to remove or upgrade problem making apps in a right way. Be careful that you may lose the data if you remove in an improper way.

Note: You shall do this activity at least once every month, to keep your device clean so that it can perform well.

A. Identify the Apps to Uninstall / Upgrade

B. Uninstall the Apps using any of the below two methods

In the first method, we will see go through settings & find the list of apps and uninstall the unwanted.

This method is the easiest, with just a swipe you are done with uninstalling the app.

Usually, when a new version of an app is available in the Play Store that is compatible with your phone, you will receive a notification from PlayStore for Upgradation. Once You click that link on chose to update, then the update happens smoothly.

In case you do not have any notification or alert from play-store, but you want to update the app, you can do that by visiting the Pay Sore Link or you app Settings.

You can update the app from the play store using the following steps.

In case you are using an old version of Android and your phone lets you install a newer version, you should not hesitate to upgrade to the new version. You need to ensure though that the latest Android version is not a beta version (Pre-release user testing).

Best VPN Service Apps for Android and iOS in 2018 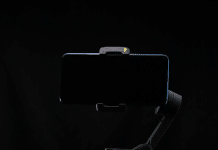