As the smartphones have taken over the market and surpassed computers, peoples started using mobiles for playing the offline games. But the concern here is that majority of the mobile games in the modern day requires an active internet connection. It may be a problem as it limits your internet usage speed, and sometimes there are the areas without a mobile network or WiFi, then the user will not be able to play the game offline.

Top 10+ Offline Games You Can Play Without WiFi

To solve the problem of users who want to play offline games, developers have developed a number of the cool game offline. So today we are sharing with you a list of popular offline games

Unblock Me is a fun and classic addictive puzzle game offline. The goal is to unblock the red block out of the board by sliding the other blocks out of its way with the minimal amount of moves.

4 Pics 1 Word is simple and straightforward: you’re presented with a collection of four pictures and your goal is to guess the one word that they all have in common.

Angry Birds is one of the most popular mobile games in history. The game comes with an easy gameplay where the player has to launch small birds at the target and demolish it. With levels, you will get different kinds of birds with the unique capability. You need to choose your target wisely because you will get limited chances.

BADLAND is an award-winning atmospheric side-scrolling action adventure platformer set in a gorgeous forest full of various inhabitants, trees, and flowers. Although the forest appears to be right out of a beautiful fairy tale, there’s something terribly wrong. The player controls one of the forest dwellers to find out what’s going on and discovers an astonishing number of imaginative traps and obstacles on the way.

Traffic Rider is a kind of bike racing game where you have to reach the milestone in a given time. It takes the endless racing genre to a different level with a career mode option. You have to drive through the traffic and achieve several milestones. The bike noise looks real and different tracks offer nice experience.

In Asphalt 8, you’ll race in some of the hottest, most high-performance dream machines ever created, from cars to bikes, taking them on a global tour of speed. From the blazing Nevada Desert to the tight turns of Tokyo, you’ll find a world of challenge, excitement & arcade fun on your road to the top.

Players of the game take the role of teenage hooligans who, upon being caught in the act of applying graffiti to a metro railway site, run down the tracks to escape from an Inspector and his dog. As the hooligans run, they grab gold coins out of the air while simultaneously dodging collisions with railway cars and other objects, and can also jump on top of the trains to evade capture. Special events, such as the Weekly Hunt, can result in in-game rewards and characters.

Duet is an interesting game with a simple idea. In this game, you have to control two balls and both balls rotate in sync with the music in the game. It means you can hardly predict anything. At the time, it becomes difficult and several obstacles will start blocking your way

Shadow Fight is a 2D game based on a character “Shadow “who lost his physical body when he unleashed some powerful demons as he tried to save his home from invaders. He now exists as a skilled shadow warrior who has to fight the demons and their various bodyguards in his quest to get back what he lost.

Infinity Loop is the most trending game in 2017. It can be considered a puzzle game about creating intricate looping patterns or just the application of using a simple concept: “connecting multiple things” and make fun out of it.

In the game, players complete levels by swapping colored pieces of candy on a game board to make a match of three or more of the same color, eliminating those candies from the board and replacing them with new ones, which could potentially create further matches. Matches of four or more candies create unique candies that act as power-ups with larger board-clearing abilities. Boards have various goals that must be completed within a fixed number of moves or limited amount of time, such as a certain score or collecting a specific number of a type of candy.

Despicable me is a 3D runner game where you race with the minions collecting bananas as you jump, roll, dodge or just scramble against others in fast-paced missions.

The classic 2048 puzzle is a fun, addictive and a very simple number puzzle game. You join the numbers and get to the 2048 tile.

So, guys, these are some of the offline games which we have selected for you to enjoy when you don’t want to use internet for playing them. A number of other online/offline games are also present but game offline will still be a favorite. So, try some of the above apps and don’t forget to leave your comments on any of the above or any other cool offline android games you want us to know about. 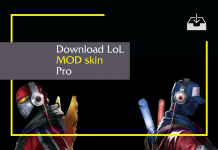 The Importance of Parking Lot Striping in Dallas, TX