Do you use a VPN? If you care about privacy, then you should consider using one. A VPN is a virtual private network that ensures that keeps your browsing habits private. Here, you can find the details about how can I choose the best VPN service available in 2020.

In this age of government surveillance and corporate privacy issues, you need to take extra actions if you want your online activities to stay private. Yet too many people, using a VPN raises a lot of questions: is it legal? How do they work?

In this guide, we’re going to help you find the very best VPN service for your particular needs. Ready to find out everything there is to know about VPNs? Then read on!

What Is a VPN?

VPN stands for the virtual private network. In essence, it’s a secure tunnel between your computer and an exit node somewhere else in the world. The VPN encrypts all the traffic that goes between both these points, which means that to anyone who tried to view it, it would be scrambled garbage.

The exit node could be anywhere in the world, which means that to the websites you visit and anyone viewing your traffic, you’re in that location. This means that you can stay much more private.

Why Use a VPN?

A VPN gives a boost to your internet security when you’re using public wi-fi networks. Say you use a coffee shop connection without a VPN, anyone can view and capture your traffic as it travels between your computer and the router. This type of attack is called a man-in-the-middle attack.

If you use a VPN, your computer encrypts your data and it isn’t decrypted until it gets to the exit node. This means that along the way, there’s no way for anyone to steal your data.

VPNs keep your data safe from companies, your ISP, and any other snoopers. This means that if you want to use file-sharing services for legal means but your bandwidth gets throttled by your ISP, a VPN will stop the throttling, as they won’t be able to see what the traffic is.

Using a VPN is perfectly legal. Companies often require people who work from home to log on to the corporate network using a VPN, as this guarantees that sensitive corporate files aren’t stolen.

You should note that if you commit illegal acts like sharing copyrighted files on a VPN, you’re still breaking the law. It becomes much harder for the rights-holder to find you and take legal action against you, especially if the VPN doesn’t keep logs of its users’ activities, but it’s still illegal.

While most VPNs offer fantastic privacy and are used all around the world (for instance by Chinese people hoping to avoid censorship), they are not a fool-proof solution. For instance, if a government organization really wanted to access your data, they would likely be able to through certain means.

What Should You Look for in the Best VPN Service?

So you want to find an amazing and affordable VPN provider. What is it that you need to look for in a quality VPN? Let’s take a closer look.

If your VPN provider keeps logs of all your activities then you’re not really getting the privacy you should do when using a VPN. These logs could be turned over to the government or hackers could steal them.

When searching for a VPN provider, try to find one that doesn’t keep any logs on its users. This means that all the activities you do when you’re connected to the VPN aren’t recorded.

While the provider would still be legally obliged to hand over information if the government requested it, there would be nothing for them to hand over. You can see more about what a logless VPN is in this article.

What Encryption Standards Do They Use?

As an additional point when considering privacy, you should check to see what standards of privacy are available on the VPN. You should look for a VPN that uses military-grade encryption such as AES-256.

While this will vary in importance depending on what you intend to use the VPN for, it’s something to consider.

Where Are the Exit Nodes?

Before you subscribe to a VPN, you should check where the VPN has exit nodes. Make sure that there are nodes in every country that you’ll want to access websites from.

Do They Offer Good Speeds?

Accessing a VPN can sometimes slow your internet connection down. This is because instead of your data going straight to the website, it has to go through the tunnel and to the exit node.

However, some VPNs are better than others when it comes to latency and connection speeds. We’d recommend taking a look at average connection speeds for various VPNs online to make sure that you’re choosing one with low latency.

VPNs can also sometimes clog up your computer’s resources, especially if the VPN’s GUI is poorly optimized. If this is happening, it’s worth getting a new PC here.

What Kind of Extra Features Do They Offer?

Some VPNs have many more features than others. For instance, some of them have end nodes that are specially made for users who want to share files at the highest speeds. Others have obfuscated servers for countries that ban VPNs.

If you’re after a specialist type of server, then you should make sure that the provider offers it. Shop around when you’re considering which VPN to buy. Some providers’ features might surprise you!

How Many Concurrent Connections Can You Have?

How many connections will you want to have at the same time? If you want to buy a VPN that your whole family can use, it’s not going to be any good if they limit you to one connection.

Due to concerns about traffic, almost every VPN provider will limit you to a certain number of connections. You must make sure that they’ll give you enough for your needs when you sign up.

Do They Throttle Traffic?

If your VPN throttles your traffic at peak times, there isn’t a tremendous amount of point to using it, as escaping ISP throttling is one of the most common reasons for subscribing to a VPN in the first place.

There are very few prominent VPN companies that throttle traffic but they are out there. Take a look at their website and see if they mention a fair use policy and whether they throttle connections that exceed this or that use their service for filesharing etc.

Is There a Kill Switch Built-in to the Client?

A kill switch is a very useful feature for those who need the highest levels of security and privacy. These cut off the internet access to your device if your connection to the VPN drops.

If you want to get back online, you’ll need to reconnect to the VPN.

This means that your data is always encrypted by the VPN and there is no leakage if the VPN goes down for any reason.

Are They a Trustworthy VPN Provider?

It may sound like a very basic question but it’s an important point. This is why it’s recommended that you avoid using free VPNs: a lot of them are not trustworthy.

This is because they either do not connect you to a VPN or they do but their terms of service mean that they can have access to your data and sell it on to the highest bidder.

When deciding which VPN provider to use, take a look at reviews, and do your research. If they aren’t trustworthy, it’s likely that someone online has already discussed this.

VPNs aren’t cheap and if you want to find the very best VPN service for your needs, then you’ll need to do your research. Take the points that we’ve illustrated and taken a look at the VPNs on offer. We’re sure that you’ll find one that suits you!

For more interesting and informative articles about tech, be sure to check out the rest of our site! 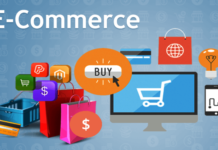