In the recent past, we have experienced tremendous growth in the mobile phone industry. As such, almost everyone owns a mobile phone, and kids are no exception. They also use phones to converse and share photos with friends. However, the Internet poses many dangers and parents should be on the lookout. And what’s more? It’s easy for kids to access child predator apps containing inappropriate images. below in this article, we will cover the Harmful Mobile Apps for Your Kids: Every Parent Should Know

What are some of the dangerous mobile apps for kids? Read on to find out:

Tumblr is a popular social blogging platform with all sorts of audiences. However, it’s pretty notorious for adult content, identity theft, and self-harm. The app encourages users to post images that are instantly available to everyone. As such, it’s easy for kids to get exposed to inappropriate images.

Roblox might look like any other innocent app. However, it’s an unpleasant spot for kids and is one of the apps that child predators use. It’s useful for building blocks and interacting with each other, and that’s a great thing. What’s then makes it harmful? Some of the players are online predators or pedophiles, and this makes it one of the child predator apps. Although not all players are abuses, parents should keep watch of what’s going on in the game.

More so, you can encourage your kid to participate in other enjoyable indoor activities such as indoor bowling, bubbles, hot potato, and many more. This way, they will be less likely to need a mobile phone to play games.  Later, you can speak to them about exchanging their devices at swifttechbuy.com for cash to acquire playing accessories to like bean bags, softballs, and bowling sets.

Snapchat is one of the messaging apps for kids, which enables users to send messages and images that disappear after they are received. The app is also commonly used for sending explicit pictures and nudes. By use of the app, kids can get exposed to harmful images and other adult content very fast.

Blendr is yet another dating app that enables users to sent messages or exchange photos and videos and uses the images to rate the “hotness” of users depending on their location. It poses a great risk to kids and teens, especially those who base their identity and self-esteem on the feedback received.

With so many mobile child predator apps online, kids are not safe anymore. Therefore, you should monitor your kid’s online activities and also teach them about the apps to avoid. It’s also wise to educate them on the risks associated with accessing such apps. This way, you ensure your kid’s online safety. 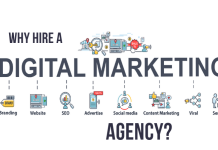 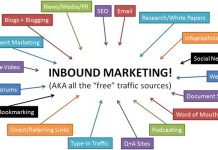 Hemp Oil for Dogs: What You Should Know

Understanding FHA loans, What are the benefits of FHA loans?

How To Create Windows 10 Bootable USB – Step By Step...