Dream 11 is India’s biggest fantasy sports platform. It has partnered with the European Cricket Network (ECN) to become the official fantasy game for the European Cricket Series (ECS). Dream 11 is also the title sponsor for the ECS. It was also the title sponsor for the inaugural edition of the ECL played in Spain in 2019. In addition to the Dream 11 fantasy game, you can also try a 5 Euro Deposit Casino. The current article discusses the various aspects of the ECS.

Potential for Cricketing Expansion in Europe

The ECS has been remarkably successful in the expansion of cricket in Europe. It is being hosted in 20 cities across 14 European countries. Each city is supposed to host 20 matches each, making it 400 matches in the tournament. The cricket series has played an instrumental role in generating cricketing awareness and interest in mainland Europe.

It has worked closely with 30 National Cricket Federations and various local organizing committees. Though the matches have been played with minimal crowds, it has generated buzz and traction in Europe. The ECS Bulgaria final was also broadcasted live on the Bulgarian state TV, garnering a substantial audience.

Europe has been a market predominantly obsessed with football. However, the ECS has shown that if presented and marketed well, there is a vast cricketing market available. It has highlighted the immense potential of club cricket in Europe. Cricket was earlier perceived as a niche sport having acceptance and followership in a few countries. However, the ECS has paved the way for the proliferation of cricket in Europe. When the COVID-19 times are behind, the ECS can be expected to grow strength to strength.

The ECS has the potential for popularizing cricket in Europe. There has been a large untapped cricketing potential in mainland Europe for a long time. Experts believe that there are around 20 million cricket fans in Europe who have never had the opportunity to watch cricket games live or on the broadcast. The ECS has a short and crisp 10-over format that is ideal for bringing newcomers to the game.

Cricket has long been considered a lengthy sport that involves rigid and difficult to understand rules. This has hampered the global adoption of the sport. This means that currently, only a few prominent countries compete in cricket.

The ECS is trying to make the game shorter and easier to understand for the audience. Football is undoubtedly the most popular and followed sport in Europe. The game duration is ECS matches is of 90 minutes that makes it comparable to football.

The game moves faster, and you can organize multiple matches on the same day. Every week will feature a round-robin, followed by semi-finals, and the final. The winner gets a handsome trophy.

The ECS will showcase 400 games played over 100 days of competitive cricket. These games will be spread across 6 months. Different cities in Europe host these games which are great for spreading cricket in Europe. As more people come in to watch the sport, it will help in creating awareness and grassroots infrastructure for cricket.

Like all the major sporting events, the COVID-19 pandemic has affected the European Cricket Series too. Initially, the European Cricket League (ECL), launched in 2019, was canceled due to COVID-19. However, the founders and promoters of ECL remained positive about its future. They continued to explore scope and partnership for the expansion of cricket in Europe.

Many European Federations were working intensively to bring cricket back during the trying COVID-19 times. ECL partners were also doing their best to provide cricketing action to a hungry cricket fanbase.

As soon as the situation improved, the team decided to come out with weekly T10 cricket events across Europe. This led to the evolution of an exciting product- the European Cricket Series. It has the potential to mainstream cricket in Europe and makes it a popular household sport. All ECS matches were played behind closed doors without any spectators.

This was done in strict accordance with the protocols for preventing the spread of the COVID-19 pandemic. Only people who are necessary for organizing the matches are allowed to be present on the ground. 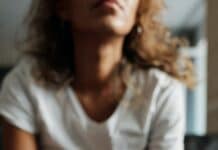 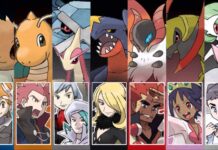 Who Is The Hardest Champion In Pokemon? 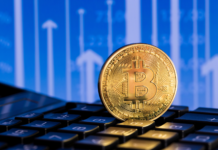