To create a high-quality product, you must equally devote time to the idea, team building, and building a game development and testing plan. Developing a mobile f2p game by a large game development company is different from creating a similar project by a small team. In the latter case, some stages are simplified, combined, swapped or worked on in parallel. But the main points remain unchanged – let’s talk about them. Stages of creating a game The process of creating a mobile game can be roughly divided into 2 stages – preproduction and production: preparation for the release of game content and production itself. However, in order to understand the important subtleties, it is worth digging deeper. In most cases, when creating a game from scratch, the product goes through 7 stages of development:

The process of creating a mobile game in stages 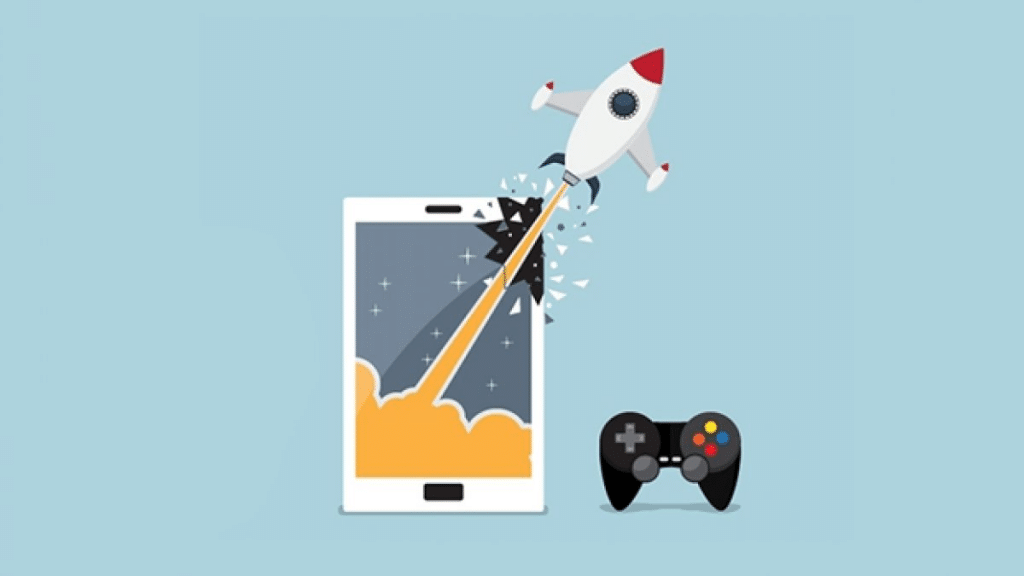 The goal is the first thing to decide before starting development. The goal should be specific, measurable, achievable and realistic. And don’t forget that there will always be time limits. Goal setting ensures that you not only know what you are going to do, but also how you are going to do it. When the goal is formulated, you can move on to the next, no less important stage.

The goal of pre-production is to define the idea of ​​the game, think about what will make your game unique and how it will differ from everyone else, how and why it will become a hit. To do this, you need to prepare the basic documentation (game design document) and work out all the weak points before launching the game in production. At this stage, you need to create documentation that describes the game in detail. So everyone understands what needs to be done at the production stage.

This is a preparatory stage, the purpose of which is to polish the idea of ​​a future game and collect basic game design documentation (Pitch Document or Concept Document). They provide a concise yet succinct description of the game with key aspects.

At this stage, the game development team prototypes their concept: they test ideas and hypotheses, translating them into small, simple prototypes.

The same goes for the mechanics and behavior of the characters. They usually spend a minimum of time on a prototype – they test only what is needed and do not pay attention to its “beauty”. A complicated and beautiful prototype will not affect the final appearance of the game in any way, so it is not worth spending resources on its preparation.

At the Closed Beta stage, the finished game is shown to a new audience limited by the number of players. This helps you find game design bugs, spot problems, and see the big picture of how players interact with the final product.

At this moment the real “life” of the game begins. At the stage of soft launch, the product is presented to a wider public, for example, they open access to the game in several countries. Recheck technical metrics and parameters, game weight, download speed and quality of work on different platforms, optimize the game for receiving traffic with a constant increase. Statistics are being collected, gaming feedback is being processed. Based on the data obtained, programmers polish the found flaws, the producer and game designers analyze the statistics.

At this stage, the game is promoted in the App Store and Google Play, the community is developed and, if necessary, the technical support service is expanded, marketing events are launched, and new content is being worked on. Kevurugames will always provide you with quality services for the development and promotion of the game at all stages. The producer and game designers are working through statistics, looking for ways to improve performance and introducing new features – the Live-Ops period is coming. At this time, pre-prepared events, competitions, discount offers appear in the game – work on the product continues. After the release, developers receive more feedback from players, which means they can study the audience, its interests and needs. All further production comes down to improving the product, regular updates, filling the game with new content and features that will encourage gamers to play more often and longer.

Tips To Become A Pro At Stardust Online Casino

Your Guide to Slot Machines

NFT Games Where You Can Earn Money Just by Playing Them

How to choose the best aaa game development company?

How to Send a Mass Messages on LinkedIn

What Is an Accident Lawyer?

How to Create OTT Ads