Moving is a scary prospect for a lot of people, as it involves a lot of change. Change is often viewed with a negative attitude in our society, so people are usually pretty apprehensive about moving. However, your move can be a lot smoother and easier for you if you know you are moving to a great location. One amazing location that people have been flocking to recently is Tampa Bay. Tampa has a lot to offer its residents, and can really be a great place to live. Still not convinced just yet? Here are six reasons to move to Tampa Bay. Below in this article, we will cover 6 Reasons To Move To Tampa.

The biggest reason to purchase Tampa real estate and make the big move is due to the beautiful weather that Florida enjoys. If you’re someone who can’t stand winter or snow then Tampa’s weather is perfect for you. Winters are extremely mild in Tampa and you will rarely see a day where the temperature dips below freezing. That being said, the summers can be quite hot, and the humidity can be a lot for some people to handle. However, if you’re someone who enjoys the heat and hates the cold, then you’ll have a blast with Tampa weather.

Another huge perk of Tampa is that it is located on the coast of the Gulf of Mexico, meaning Tampa residents have easy access to the beach. This means that a weekend beach trip could be under an hour away, something that can be extremely attractive to potential homebuyers. Millions of people flock to the beach each year and typically spend thousands of dollars to travel hundreds of miles to reach them. However, as a Tampa resident, you’ll have the benefit of having a beach practically in your backyard.

When it comes to professional sports, Tampa is home to three teams across three different leagues. The Tampa Bay Buccaneers of the NFL play their home games in Raymond James Stadium, and even have a Super Bowl title to their name. The Tampa Bay Rays of the MLB are the local baseball team, and they play in the prestigious American League Eastern Division, constantly doing battle with teams like the Boston Red Sox and New York Yankees. Finally, Tampa is also home to an NHL team, the Tampa Bay Lightning. The Lightning have been extremely successful in recent years, even clinching the NHL’s best record during the 2018-2019 season. If you’re a big sports fan, then Tampa has plenty of local teams for you to root for.

One of the great things about Tampa and Florida is that there is no state income tax. This significantly lowers the cost of living in Tampa and allows you to avoid something that could be a major expense. In addition, the cost of living in Tampa is much lower than in big cities like Chicago, New York, and Los Angeles. The smaller population means there is less competition for housing and jobs, meaning that the cost of living isn’t that high. That being said, Tampa is still a city that is home to many companies and employers, meaning that you still should be able to easily find work. If you don’t want to pay a lot in income taxes and don’t want to shell out thousands of dollars in rent then Tampa will be a perfect fit for you.

When living in any city in America you will be exposed to many different cultures. All different kinds of people move to cities, and Tampa is no different. In Tampa you will find pockets of all sorts of cultures from all corners of the world. You may find a lot of Cuban culture from the influx of Cuban immigrants to Florida, or you may find Spanish culture held over from when Florida was a Spanish colony. There are also large swathes of Mexican immigrants that live in Tampa, allowing you to be exposed to their culture as well. Living in a city like Tampa can open your eyes to the beauty of other cultures, and is definitely a positive.

You may wonder why you would ever want to leave Tampa after learning about all of its great features, but nonetheless the option is still available. Tampa Bay is home to an international airport, allowing you to easily travel to almost any major destination in the world. This can be a huge help in travel planning and can allow you to limit annoying travel occurrences like connecting flights and layovers. In addition, Tampa has plenty of docks for cruise ships to leave from. This means that you won’t always have to travel by air and can instead getaway via a beautiful cruise ship. If you’re someone who loves to travel, then Tampa can be the perfect nexus for all of your traveling needs. 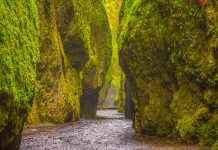 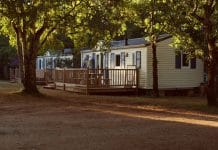 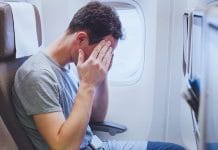 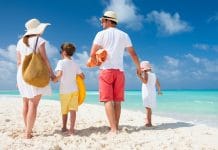 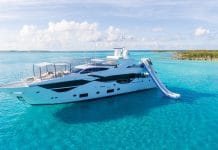 How to Choose the Right Yacht According to Your Personality