Every parent longs for times of minimal disturbance when in the house especially when having more urgent things to attend to and smartphones work magic in achieving this. These gadgets have a way of making children busy and quiet and most parents don’t hesitate to use them in a bid to get some peace. below in this article, we will cover the 5 WAYS SMART DEVICES ARE HARMING OUR KIDS.

However, what most parents are acting blind to is the negative effects these smart devices have on our young ones. Here are 5 ways such devices harm our kids.

Smart devices act as distractors to the child’s interaction with the parents, siblings and other kids. This limits their face to face interaction, consequently affecting their social skills negatively (Medicalxpress.com, 2020). Additionally, it may blind them from understanding other people’s emotions. Since social and emotional intelligence is very critical to success in life, we let our children miss out by allowing them so much time on the screen.

Eye problems and heart disease in the future

Digital devices can affect the eyes in different ways. When children use screens, their blinking reduces by up to 50%. This often results in drying out of their eyes. Some of the symptoms linked with dry eyes are blurry vision, eye strain, burning eyes, irritation, heavy and teary eyes as a reflex response to the dryness experienced (Publishing, 2020).

These symptoms can cause eye strain, headaches, and even stress. The level of discomfort may also rise with extended blue light exposure and may become worse over time. Any of the above-mentioned symptoms associated with the use of computers is what is named “computer vision syndrome”.

Spending a lot of time on the screen may make a child sedentary according to the American heart association. Meaning they’re likely to engage in little to no physical activity and often will take a lot of snacks. This state is associated with being overweight. Sadly, obesity tends to continue into adulthood. It is also a risk factor for high blood pressure, cholesterol and other serious diseases (Stanfordchildrens.org, 2020).

According to the results of a cognitive test assessing children’s thinking, language and memory, children who performed better are those between 8 to 11 who got at least an hour of physical activity, 9 to 11 hours of sleep each night and two hours or less of recreational screen time a day.

Screen time may also affect the brain structure of children who are media users. This is mostly by thinning the cortex which is a part of the brain associated with ageing.

Besides, a child’s brain development requires more than just sleep and watching cartoons on screens. There’s more such as reading, engaging in hobbies, playing outdoors and using their imagination with free play. Increased screen time exposure may not allow for such activities in a child’s life. Some parents also prefer reading stories to their children from their phones. This slows the child’s reading ability as he becomes more used to just listening. Babies learn better with things they can touch; three dimensions objects, unlike those they can see on the screen that are two dimensions.

Children lose an average of 20.6 minutes of sleep every night when they sleep near a small screen(Anon, 2020). This is as a result of the high-level blue light emitted by the screens. It suppresses the production of the melatonin hormone, which may eventually get depleted. This hormone is the one linked to the circadian rhythm. Once suppressed, the body clocks in a manner that makes it uneasy for them to sleep. This mostly happens during the early stages of puberty resulting in lack of sleep and insufficient rest.

A study has suggested that there’s evidence supporting a linkage, causal or correlational between adolescent’s use of digital devices and mental health symptoms. Also, children whose critical thinking is not well-developed end up easily being influenced and victimised by violent content in the form of video, games and written content. This may easily result in them modelling these characters in their day to day lives, causing them to behave poorly.

Additionally, according to Catherine Steiner-Adair, a Harvard affiliated clinical psychologist, kids need time to daydream, deal with their anxieties, process their thoughts and go to their parents who then can provide reassurance to them. This, however, will not be the case when the children prefer playing with their phones and tablets instead of taking a nap.

Having talked about all these negative impacts, it would be good to know that some of these which are contributed to by harmful blue light can be dealt with through the use of anti-blue light screen protectors and filters, offered by ocushield. The provisions are for a variety of devices such as iPhones, iPads, MacBooks and monitors.

What Is Involved With Wintertime Heater Maintenance?

The 20 Best Video Game Soundtracks Ever 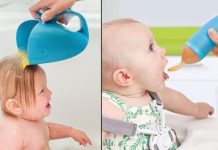 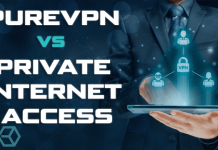