Everyone knows that Texas is one of the most suitable states to start a small business. Other than their friendly regulations, the second-largest state in the United States proves that they have more to offer. Below in this article

Their weather, culture, and their choices in their lifestyle are only some of the factors why business owners, and even employees, work hard to earn and stay in this progressive state. This article will talk about how establishing a business in Texas is a great idea.

The Climate in Texas is Better Than the Other States

Entrepreneurs are done wearing three layers of clothes to keep themselves warm. While the other U.S. cities get around 25 inches of snowfall annually, Texas only gets an inch, and most of the time, this rarely happens.

Climate directly affects people’s health. Americans develop a deficiency in vitamin D from the lack of sunlight, especially when they are stuck inside their homes due to snow and ice. Aside from that, they may also experience seasonal depression, which can also impact a person’s motivation to perform his activities every day.

Texas Offers the Most Affordable Places to be Called Home

Texas is the second-largest state in the United States. It is land rich, and the state provides affordable real estate. The median price for a home happens to be around $305,000 in the 2015 U.S. census. However, the median price of a home in Texas was only $151,000 in the same year. Real estate land in the said state is 40% cheaper than the national standard.

For business owners, this means that they do not have to pay a huge amount of money to establish a physical store. This is why the cities in this state will offer you some of the best

Tech Jobs in Texas. Aside from that, Texas also prides its affordable, health care, rent, food, utilities, and electricity since they already have their power grid.

The State is the Best Place for Business

Forbes Magazine announced in 2013 that Texas topped their “best cities to find decent-paying job lists,” and five of its downtown areas are included in the top ten.

The Texas economy is the second-largest economy in the United States. Since the state offers friendly regulations and little red tape, establishing IT Jobs in Texas is a wise choice because you won’t get many headaches compared to other business owners in some parts of the country.

Texas houses some of the largest and significant companies in the country like AT&T, ExxonMobil, and Dell. Over fifty Texas-based companies were included in their 2014 Fortune 500 list.

The Chief Executive magazine hailed Texas as the best state for business for ten consecutive years because of their slight regulations and low taxes. Due to the stable climate, state-of-the-art transportation structure, and skilled workers, fast career growth and low unemployment rates are some of the treasured facets of the state. 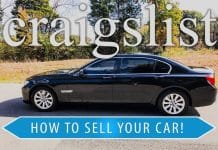 How to Sell Your Vehicle on Craigslist 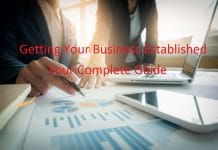 Getting Your Business Established: Your Complete Guide

Guide to Buying a Commercial Backup Generator for Your Movie Studio

How Effective Is Bulk SMS as a Small Business Marketing Strategy?

How To Create Windows 10 Bootable USB – Step By Step...

The Mandela Effect and False Memory